ThreatSync – When The Cyber Security Threat Is Global, The Response Should Be Too!

The aim of the project, ThreatSync, was to create a global and real-time threat-sharing platform. It’s a distributed, decentralized, and real-time threat sharing system using blockchain and the high quality curated, updated and cleaned datasets from John Snow Labs.

Every day, more than 100,000 new malicious IP addresses are launched. With both public and private sector organizations facing an increasingly complex range of cyber threats, we set out to build a fast and decentralized yet secure system to give the good guys an edge.

“We decided to use blockchain as the primary data store because its decentralized nature removed the need for a central authority to manage and maintain knowledge. Also, its real-time nature allows information to be shared across organizations in the fast-moving cyber security world. For proof of concept, we used 2 nodes on Amazon Web Services running the open-source blockchain software, MultiChain.” says the founding team. “In addition, we built a Python SDK to allow developers to automate accessing, updating, and acting on intelligence.”

The data we used at the hackathon was from the cyber dataset that John Snow Labs provided to all the HopHacks participants as well as a dedicated Slack channel for them to help them throughout the 36 hours hackathon to browse its extensive data catalogue comprehensive on more than 850 curated and cleaned datasets in the following categories:

Benjamin Leibowitz said: “We really liked working with the Johns Snow Labs data, and thanks for sponsoring the hackathon! All the teams had a blast and there were some really interesting projects working on the data. It was really helpful to be able to use your data to bootstrap our system and provide proof of concept that this is an idea with real potential“.

Eric Rothman added: “The datasets were really clean, easy to access and easy to use. There was such a large variety of data, at the start my team didn’t even know where to begin. It was a joy to be able to use the data provided“.

With an increasingly complex cybersecurity landscape, the ThreatSync team quickly set out to build a large-scale platform to allow organizations to share information about cyber threats as they are discovered. If any one organization on the platform discovers a threat, all organizations would know about and be able to protect against that threat in real-time.

Not only was there a breadth of malicious cybersecurity threat information, but also the data was also clean enough to allow them to bootstrap their application with zero modification to the data itself. So they decided to build a platform to allow companies to share cyber security threats amongst themselves.

The final goal was to force an adversary to operate within a smaller and smaller window of opportunity – once an attack is discovered on one part of the platform, all other parts of the platform would know about it and be able to protect against it. 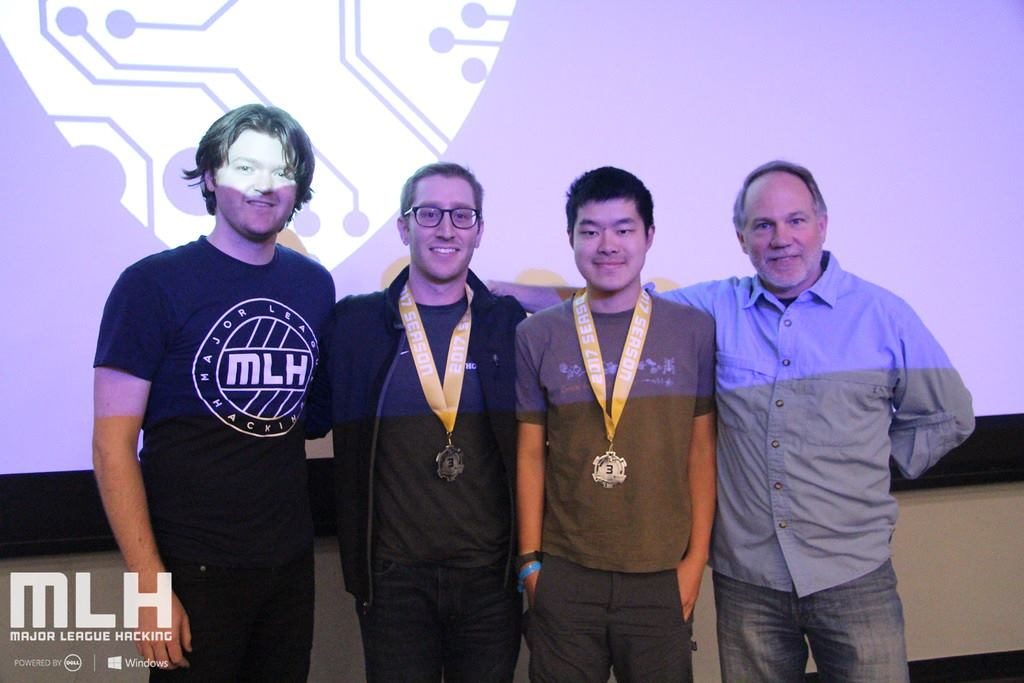 The semiannual HopHacks hackathon attracts more than 320 students from across U.S. It is a hackathon in which engineers compete to build the most inventive and useful software applications over a sleep-deprived, Red Bull-fueled weekend. At the eighth iteration of HopHacks, sponsorships from companies like John Snow Labs, Capital One and Google gave the students access to their own entire data catalogue, complex programs and heavy-duty, lightning-speed computing power. It’s a way for students who are relatively new to the field to test their skills and creativity using tools at the cutting edge of the industry they hope to join.

HopHacks began Friday night on the 17th until the 19th of February, then the hacking began with periodic interruptions for lessons in Google and midnight pizza.

First held in fall 2013 and hosted by JHU’s Department of Computer Science, this installment of the twice-a-year event drew 321 graduate and undergraduate students from around the country who spent a weekend working on programming projects and sleeping very little, if at all. Members of the team along with hundreds of students worked largely without sleep, ate pizza at odd hours, consumed Red Bull and other stimulants. Judging the competition was a group of Baltimore technology entrepreneurs and Hopkins professors. Yair Flicker, CEO of the local software firm SmartLogic and startup TeamPassword, said he was impressed with the students’ use of all the technology and computing power at their disposal.

Hackathons were once more of an exercise in more straightforward coding skill, he said, but the complexity and speed of software systems and massive databases in the cloud and accessible to anyone with an internet connection has made the events more exciting.

We are very honored that the ThreatSync, winner of our John Snow Labs Prize, went on to also win the HopHacks Third Prize with their innovative tool designed to spot cybersecurity threats as they emerge.

We feel proud to have partnered with the whole inspiring HopHacks team who said about us:

“we would like to thank you for your support throughout HopHacks Spring 2017. Your hard work and contribution have been extremely valuable to this event. Thanks to you, so many amazing projects were brought to life this past weekend”.

We look forward to many future events together!