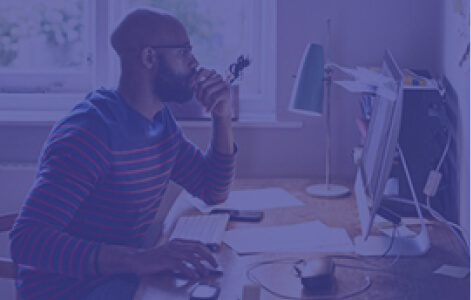 Introduction: “There is an increased risk of mental disorders in adolescents with HIV/ AIDS in South Africa and the situation can be worsened by depression and anxiety. The Khuluma project was carried out to enhance positive mental health amongst adolescents in South Africa with the aim of reducing and ultimately preventing the spread of HIV/ AIDS. Khuluma, which is an integrated, cost-effective and scalable health platform, leveraged the power of small mentoring groups in facilitating interactive closed groups that comprise of 10 to 15 participants.
John Snow Labs helped with the analysis of data obtained during this project as a turnkey philanthropy project.”

Challenge: “Prior to the Khuluma project, participants had insufficient access to social support, which contributed to increased depression. Participants also had a low level of basic understanding of HIV and its transmission as well as infections such as pneumococcal disease or TB.
At least two-third of the participants indicated that apart from their healthcare providers and immediate care-givers, they had not disclosed their HIV status. This stigma is responsible for anxiety and depression and inhibits disclosure.
Moreover, poor adherence was prevalent among the participants prior the Khuluma project. This was responsible for increase in viral resistance and severe opportunistic infections.
Support groups comprising at most 15 people were set up. The support groups ran for 3 months every day after school hours. Topics were brought up by the facilitators and these topics were discussed within the groups. Guest speakers were also invited to coordinate facilitated discussions on topics like nutrition, education, career and sexual health. The data analysis challenges in understanding the impact of the project on participants include:

Solution: “The data science and analytics challenged presented by this project included the fusion of multiple ‘noisy’ data sources, analysis of free-text messages, and the large scale of the overall dataset. The John Snow Labs team used elements of:

In addition to multiple data cleansing and normalization techniques. These had to be run at scale multiple times, to iteratively apply feedback from the SHM Foundation project team on what was important and useful.

These insights not only show the full impact of Project Khuluma on its participants, but also contribute to the global knowledge base about addressing the AIDS epidemic among adolescents.”

Benefit (subtitle): “The results from John Snow Labs’ analysis that were most helpful to the presentations for AIDS 2016 were:

Our involvement in Khuluma’s data analysis helped in breaking down the barrier inhibiting the success of the support groups’ activities. These barriers include:

Social SupportAnalysis of the pre- and post-Khuluma questionnaires revealed a significant increase in feelings of social support amongst participants. On a scale 12 of 0 to 60, where 60 indicates a high level of perceived social support, scores increased by 4.4 points which is synonymous to 33% increase. Most of the 44,000 messages sent demonstrated a huge need for adolescents to have social support.
Knowledge of Their IllnessParticipants were able to receive accurate information about HIV and were also able to correct the misunderstanding they have had.
Reduction of Internalized Social StigmaAnalysis of the pre- and post-Khuluma questionnaires revealed a reduction in internalized stigma. On a scale 14, from 0 to 7, with 0 indicating very low and 7 indicating very high levels of internalized stigma, scores fell by 1 point. This is synonymous to 10% decrease.
Treatment AdherenceThroughout Khuluma, participants opened up and also admitted that they missed some of their medications due to various reasons. Participants encouraged each other to take their medications through direct messages like “Hi guys, did u take ur pills?” and “You must take it every day.”

“John Snow Labs are professional, enthusiastic, and knowledgeable, and it has bee an absolute pleasure working with them.I recommend them highly.”

“John Snow Labs’ analysis has given me new ideas for exploring future data we may collect,as well as helped to inform the kinds of data we need to complete further analysis in the future.”

“It was a pleasure to work with John Snow Labs and we were deeply impressedby their passion for the work we do and by their drive for extracting the best data from Khuluma.”