For Project Owner, Manager, and Reviewer

On the Analytics page and Tasks page, the Admin/Manager/Reviewer will see the general overview of the projects which will take into consideration the task level statuses as follows:

On the Annotator’s Task page, the task status will be shown with regards to the context of the logged-in Annotator’s work. As such, if the same task is assigned to two annotators then: 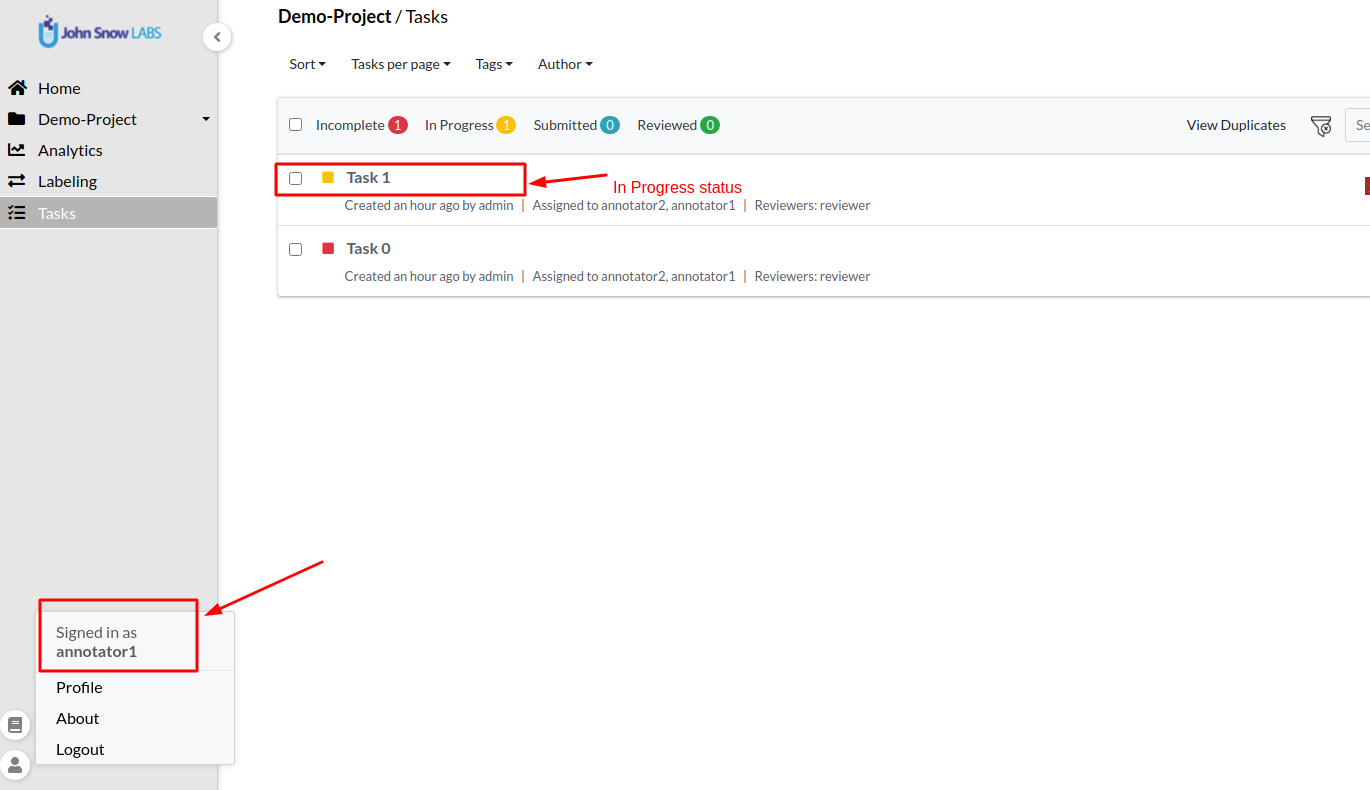 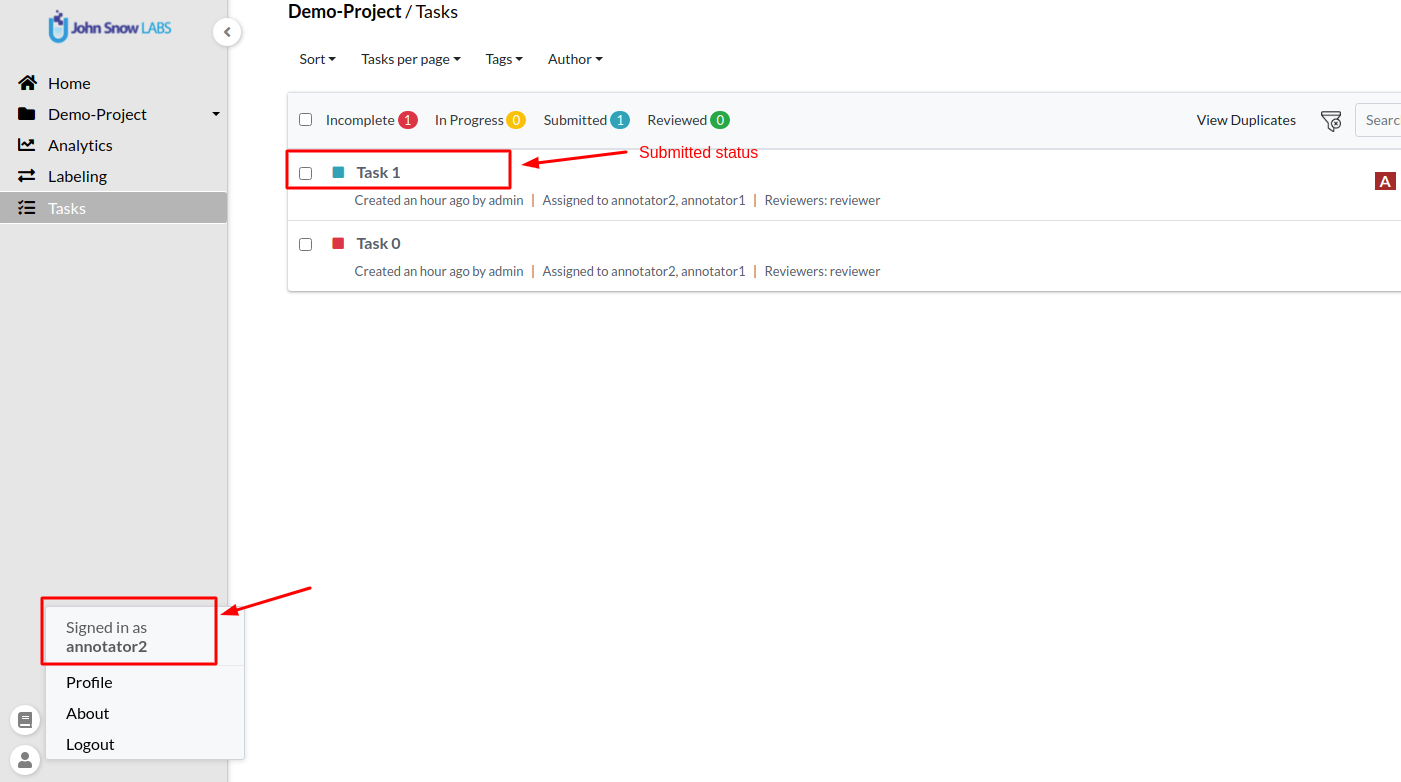 The following statuses are available on the Annotator’s view.

New charts have been added to the Analytics Dashboard which gives information on the Annotators’ productivity.

The Weekly Completion Chart has been removed and the name of the Completions tab has been changed to Team Productivity.

On the Tasks Page, the Reviewer can now filter the Submitted tasks (Tasks that have completions marked as Ground-Truth) and start reviewing them. When using the Labeling screen, the next task served to the Reviewer will be the task that has at least one completion marked as ground truth and it has not been already reviewed. This will be triggered when Reviewer clicks the skip button on a labeling screen for that task.

When using the Labeling screen, the next task served to the annotator will be the task that is in Incomplete/In Progress state for that annotator.

All the model training-related stuff can be done using the APIs documented on/swagger page. It is possible to configure the training parameters, change the active learning completions frequency, do preannotations, deployments, check the status of training and preannotations, etc through the API. 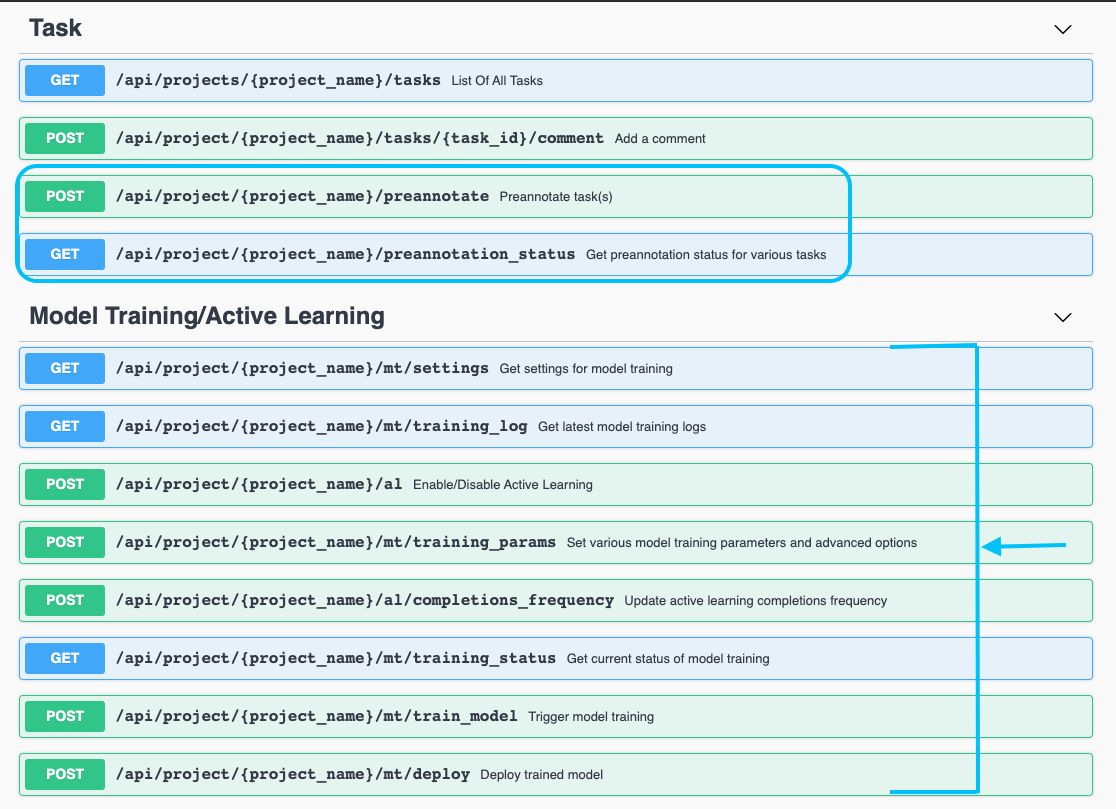 We have seen that an Annotation Lab server can grow to 100s of projects which leads to the need for sorting projects based on some user-defined groups. To help find the related groups easily, this version of Annotation Lab introduces the concept of project grouping. It is possible to assign a project to an existing or new group, remove it from any group, filter projects by group, etc. Once a project is assigned a group, the group name proceeds the name of the project.

The name of Project Owner has been removed from the My Projects list as for currently logged-in user, it’s always the same. The owner name is present in the Shared With Me tab. 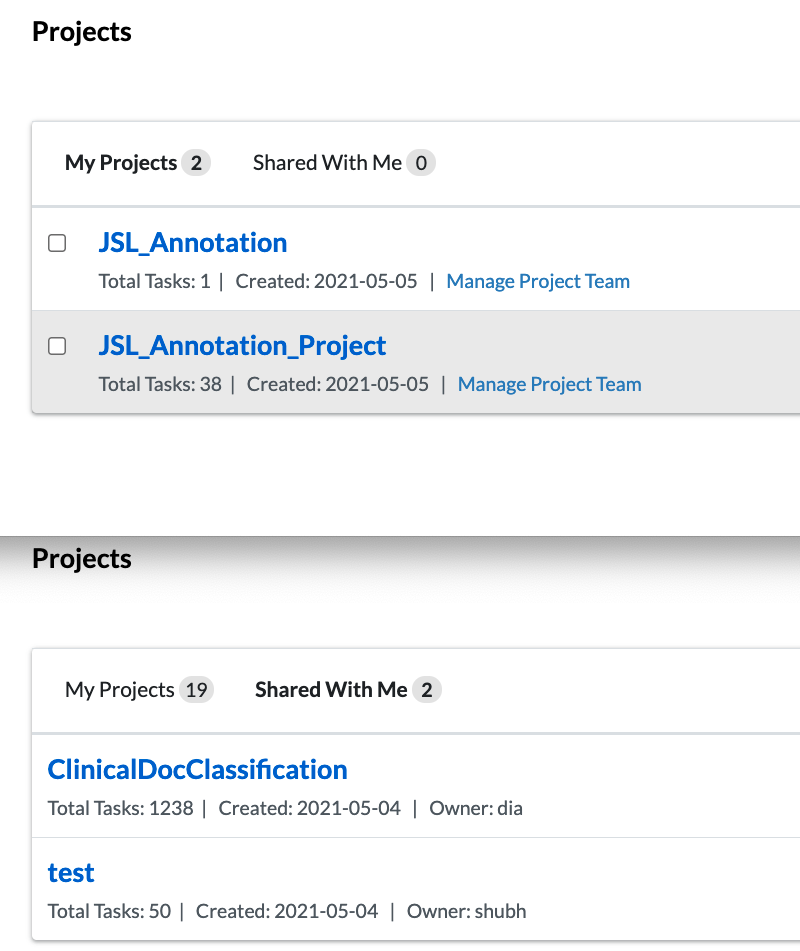 We have upgraded multiple stacks used in the Annotation Lab setup to the latest versions in order to make the product more secure. With this upgrade, we have fixed some UI issues present on the Analytics page and Labeling page. With these fixes, the charts give the more accurate results and the counts present in both the Analytics Page and Labeling Page are correctly shown based on the logged-in user.

The Project Switch dropdown present in the navigation drawer on the left was not working properly in some cases. Now, this issue is also fixed.

Ida Lucente
Enhancements to the AI and NLP technology also resulted in tripling the company’s customer base over the last year   John Snow...