We are very excited to release Annotation Lab 3 with support for Floating Licenses and for parallel training and preannotation jobs, created on demand by Project Owners and Managers across various projects. Below are more details about the release.

When using Annotation Lab as part of an enterprise-level deployment, the annotator’s team can be distributed across different locations or countries or logically divided based on the sub-domain or type of documents they cover. In this context, confusion can appear while using shared resources (e.g. one single instance of the preannotation server and/or one OCR server) for running preannotation on a large number of documents across multiple projects. Things can go even worse while running multiple training jobs because each job can take hours to complete and waiting for another training/active learning process to end is not a good experience. Annotation Lab now offers a way of running model training and document preannotation across multiple projects and/or teams in parallel. If the infrastructure dedicated to the Annotation Lab includes sufficient resources, each team/project can run smoothly without being blocked.

On demand deployment of preannotation servers and training jobs

Even though Annotation Lab does not impose any restriction on the number of parallel training and preannotation processes, it is good practice to bind the setup to an upper limit. This way, you make sure the number of parallel resources created on the fly does not exceed the given threshold. When the maximum number of deployed servers is reached, a Project Owner/Manager has the option to remove the ones which are no longer needed and free resources that can be used for new deployments. This can be done from the Settings page – Server tab. The DevOps engineer installing the Annotation Lab must specify this value during the installation process. (use the model_server.count parameter from the installation/update script). Note: This count can be changed anytime by updating the value of the model_server.count parameter in the update script and running it again.

Those restrictions do not apply when using airgap licenses or when using Spark NLP models and embeddings.

Management of Preannotation and Training Servers

This release of Annotation Lab gives users the ability to view the list of all active servers. Any user can access the Server List page by navigating to the Settings page > Server tab. This page gives the following details:

Since now multiple preannotation servers can be available to preannotate the tasks from a project, the dialog box that opens when clicking the Preannotate button on the Tasks page has been extended with new options. Namely, Project Owners or Managers can now select the server to use. At that point information about the configuration deployed on the selected server will be shown on the popup so users can make an informed decision on which server to use.

In case the target preannotation server does not exist yet, the dialog box also offers the option to deploy a new server with the current project’s configuration. If this option is selected, and if enough resources are available (infrastructure capacity and a free license if required) the server is deployed and preannotation can be started. If there are no free resources, users can delete one or several existing servers from Settings page – Server tab.

On the tasks import page, toggling the OCR option activates a new popup where users can select an existing OCR server to use for the import of images and pdf files. In no suitable OCR server is available, one can be created by choosing the “Create New” option.

Users can see an info message regarding the number of servers that can be spawned based on available licenses. 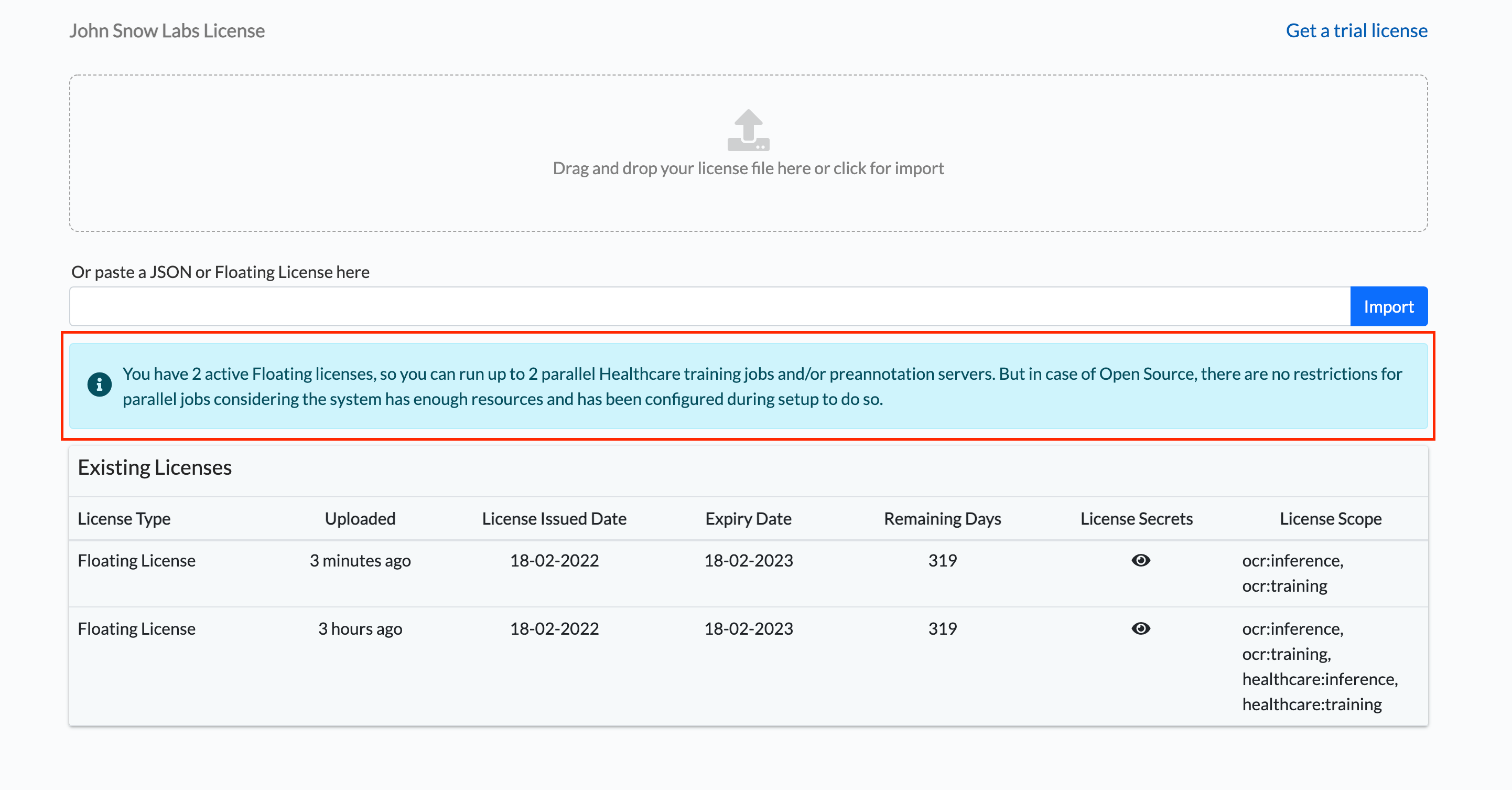 Get & Install It HERE.

Dominika Dominika
AI models and pipelines for text and image processing are currently used in intelligent applications on all verticals, from Healthcare to Finance...