Zika virus is a mosquito-borne virus (arbovirus), identified for the first time from an infected primate in 1947 and from the mosquito Aedes africanus in Uganda. It was later found in infected humans in 1954 by Macnamara, in West Africa. In 1964, Simpson, from the East African Virus Research Institute in Uganda, published the results of the discovery of the virus in humans and provided tabulated data of Zika virus structure properties. (1)

Since its identification in humans to 2006, only 14 cases were reported worldwide (Figure 1).   In 2007 an outbreak started on Yap island, the first one outside the African and Asian continents. Through the report of 31 cases confirming Zika virus disease, the symptoms were classified by frequency. This data helped to identify the main characteristics of the syndrome and to consider the value of diagnostic techniques which helped in differentiating it from other diseases transmitted by the same mosquito. (2)

In October 2013, an epidemic was reported in French Polynesia, with an estimated of 28,000 cases (3). Two other arboviruses were also of high incidence during this latter Zika virus outbreak in the Pacific, and posteriorly in the Caribbean: dengue and chikungunya (Figure 2). These present the same symptoms of Zika virus disease, thus generating a need to keep careful track of the different epidemics. In response to this need, the Pacific Public Health Surveillance Network published data for epidemic and emerging disease alerts in the Pacific region, classified by disease and specific location. The infection of Zika virus and dengue at the same time was also found in New Caledonia, which was the second area affected by the outbreak (4,5). Due to the similarity of the symptoms, the identification of a Zika virus outbreak needed PCR (a test to identify the DNA) to differentiate it from dengue virus, and subsequently, mapping of the genes of Zika, producing data for the phylogenetic analysis (a diagram that allows to find the the relationship between the DNA of different species and find a common ancestor), lineage and evolution of the virus strains (3).

During the Polynesian outbreak, brand new data of a discovery was generated: Zika virus infection was linked to Guillian-Barré syndrome (a disease that affects the nerves causing muscle weakness and paralysis). Cao-Lormeau and collaborators tabulated with detail the clinical characteristics of 42 infected patients that presented this syndrome, along with their laboratory results for Zika and dengue. (6)

In March 2014 Besnard and collaborators reported finding a transmission of the virus from mother to child through the placenta around the newborn’s delivery period, which led to babies’ growth restriction, low blood glucose and jaundice. They published the data of the biological features of the mothers and newborns having this type of transmission. (7) But on February 2016, a sinister outcome was found in newborns, the World Health Organization (WHO) declared a suspected link between Zika virus and microcephaly (a rare birth defect in which the brain of the baby doesn’t grow to its normal size, causing abnormal development of the child, Figure 3), which turned into an international health emergency. Cauchemez and collaborators collected the data on the prevalence by pregnancy trimester and number of cases per 10,000 women. (8)

By March 2015, 21 specimens of patients with dengue-like syndrome were analyzed in Brazil, performing PCR and genetic mapping of Zika, thus generating the data of the phylogenetic analysis of a Brazilian strain of the virus (9). The effects of Zika in pregnant women and their newborns were strongly confirmed in Brazil through an analysis of a group of 88 women, that presented data on the characteristics of the patients, their pregnancies and clinical manifestations (Figure 4) (10), and by a 20-fold increase in the incidence of microcephaly since the identification of the virus in the country (11). By April 2016, the number of microcephaly cases linked to the virus was 4,908 and the total number of Zika virus cases was 91,387 (12), which lead to a great generation of disease-related data based on Brazil.

At the present time, around 20 countries and territories in the Americas are affected by the pandemic of Zika (Figure 5), and non-endemic countries like the US, Canada, Japan and those in Western Europe have reported cases of travelers carrying the disease (13). The WHO, the Pan American Health Organization and the Centers for Disease Control and Prevention in the US have prioritized this pandemic and have published important data worldwide.   Today the publication of the relevant data on this matter saves lives and improves health on a daily basis by helping to predict, prevent and better treat Zika virus infection; a tangible example of this is the current efforts on the development of a vaccine that prevents the infection on pregnant women; the advances on these efforts depend on the available data on the geographical spread of the disease and the estimated number of infected women in order to find enough volunteers to test the vaccine and perform the trial in conditions that approach the reality of the situation (14), so the more the data collected, the faster the vaccine will be available to the affected populations and the greater the reduction of microcephaly and other conditions caused by Zika will be achieved thereby beating the epidemic and improving the approach in public health and private medical practice.

Figure 1: Historical distribution of Zika. The map shows the spread of the virus since its discovery in Uganda to the latest outbreak in French Polynesia 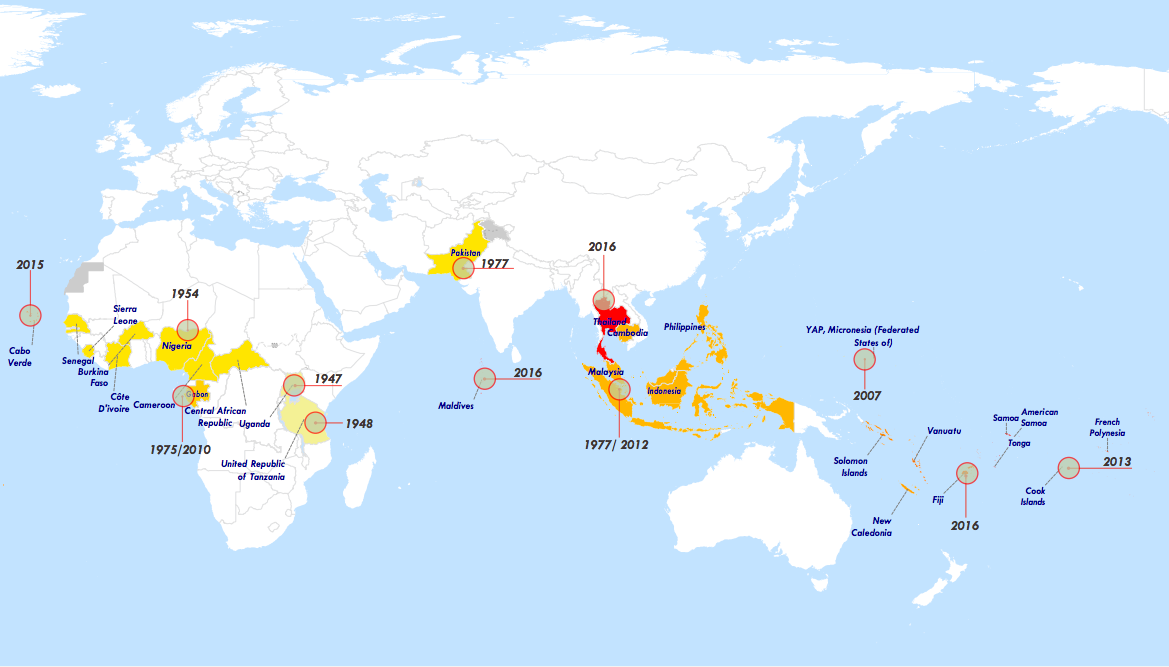 Figure 2: Mosquito-borne virus outbreaks. The graphic shows the number of newly reported outbreaks by arbovirus in the Pacific Region for the semesters (S1/S2) of January 2012 to September 2014 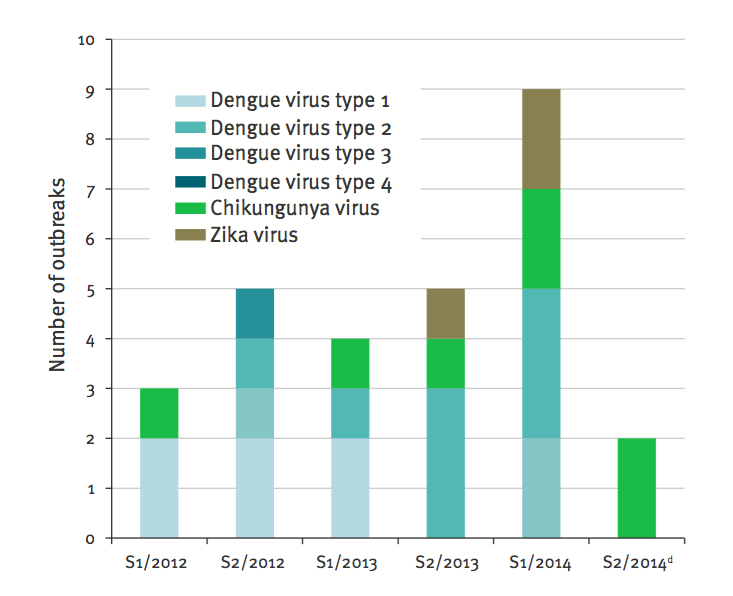 Figure 3: Microcephaly. This figure shows the difference between the head of a normal baby and the heads of babies with different levels of microcephaly. 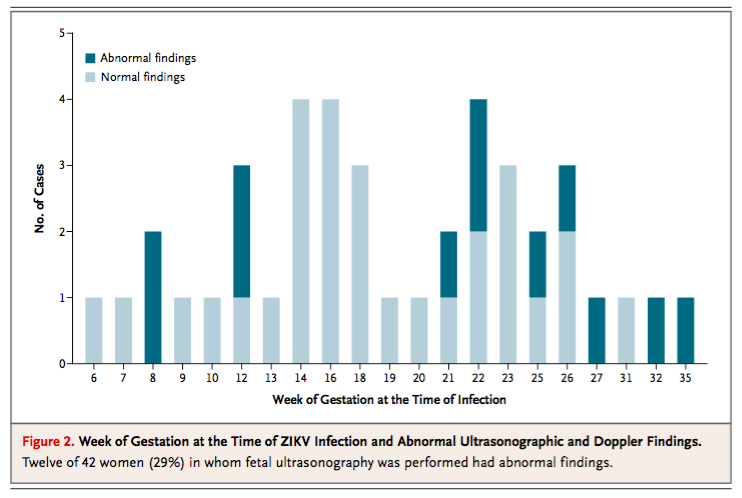 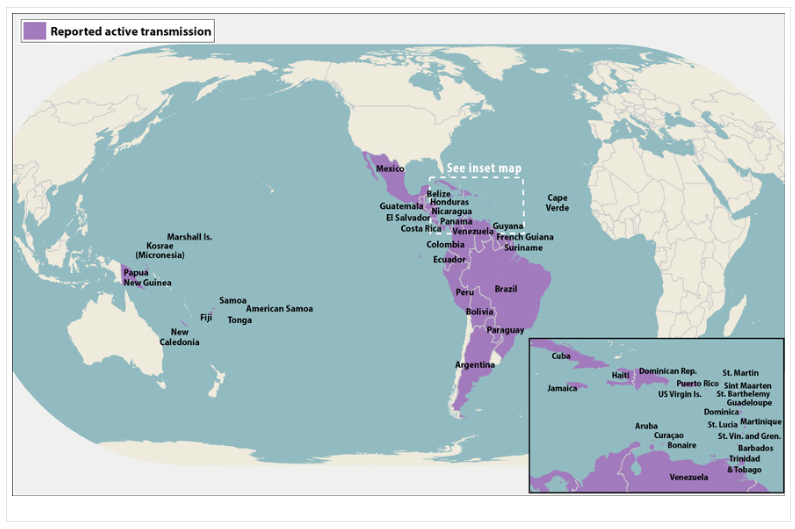 Ida Lucente
Data sharing can be considered as an alternative method of Corporate Philanthropy. The benefit of data sharing is evident in satellite imagery...