Support for Multilingual and European Languages in the Annotation Lab

Annotation Lab 3.5.0 adds support for out-of-the-box usage of Multilingual Models as well as support for some of the European Language Models: Romanian, Portuguese, Danish and Italian. It also provides support for split dataset using Test/Train tags in classification project and allows NER pretrained models evaluation with floating license. The release also includes fixes for known security vulnerabilities and for some bugs reported by our user community.

Here are the highlights of this release:

Starting with version 3.5.0, Project Owner and/or Manager can evaluate pretrained NER models against a set of annotated tasks in the presence of floating licenses. Earlier, this feature was only available in the presence of airgap licenses. The NER models included in the current project configuration are tested against the tasks tagged as Test. The performance metrics can be checked and downloaded as evaluation logs.

Annotation Lab 3.4.0 which first published the visual NER preannotation and visual NER model training could only create token level preannotations. With version 3.5.0, individual tokens are combined into one chunk entity and shown as merged to the user. 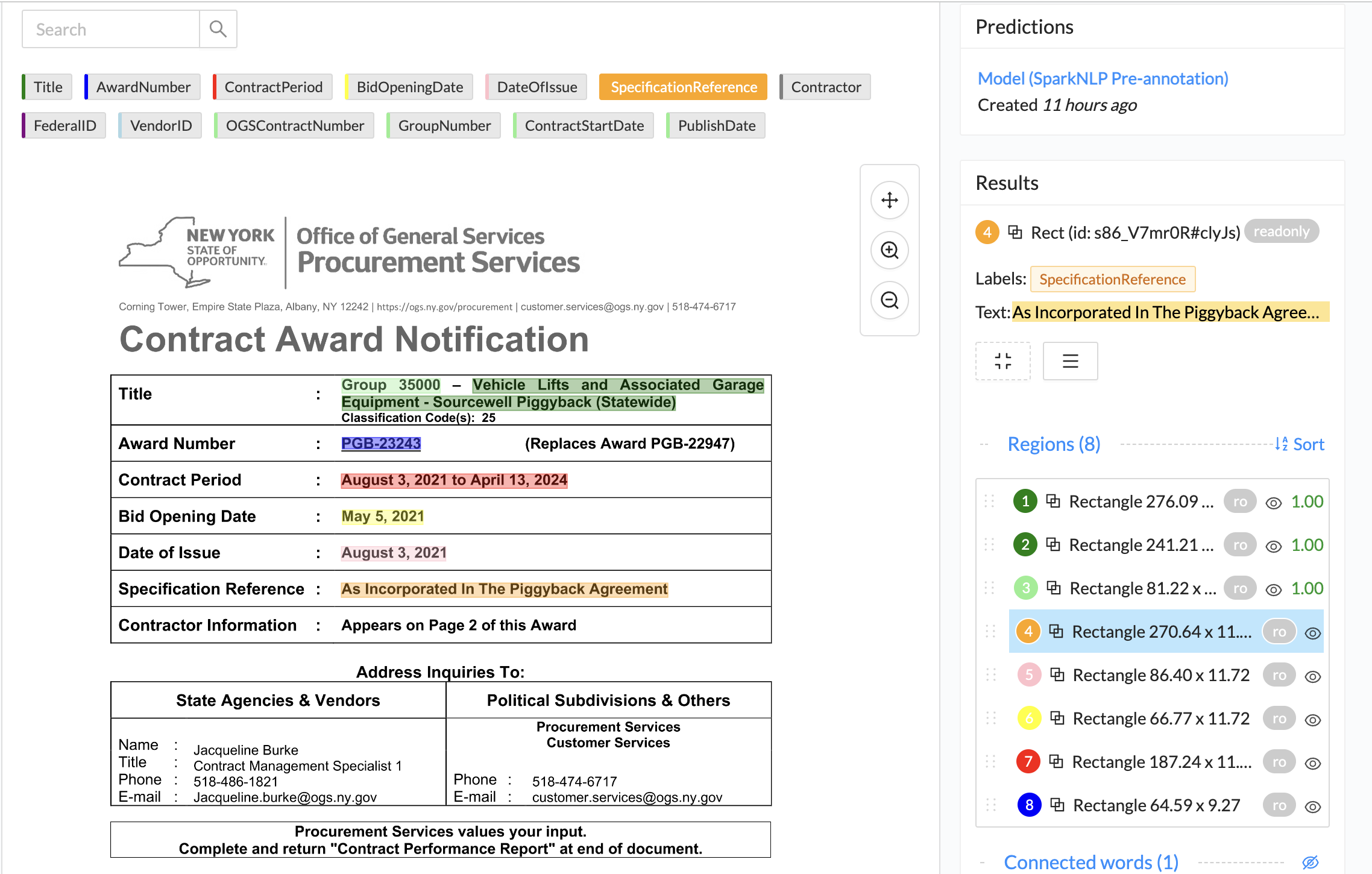 The resources allocated to Annotation Lab deployment can be configured via the resource values in the annotationlab-updater.sh. Users can follow the steps below to change the default resource allocation:

NOTE:The resource allocation needs to be defined according to the type of instance used for the deployment.

As part of our release process we run CVE scans and upgrade the python packages to latest versions in order to eliminate known vulnerabilities. A high number of Common Vulnerabilities and Exposures(CVE) issues are fixed in this version.

Get & Install It Here.