Improvements of speed, accuracy, and productivity in Annotation Lab 1.1

The Annotation Lab 1.1 release is another milestone for our team at John Snow Labs. It builds upon existing functionalities to improve usability and speed. This release includes 20 new features, built over the course of 16 days. It is now in production and available on the AWS Marketplace.

The labeling page saw a set of improvements in pre-annotation output, tracking completion times, adding the ability to create copies of existing completions, and in the optimization of the labeling process.

Concerning pre-annotation output, our pipeline has been significantly improved by removing chunk merging for text-based projects. This change is visible on the labeling page, where one portion of the text could have multiple associated labels. This allows annotators and domain experts to pick the most correct label(s) from the pre-annotated predictions, with the end goal of optimizing model training for the data science teams. 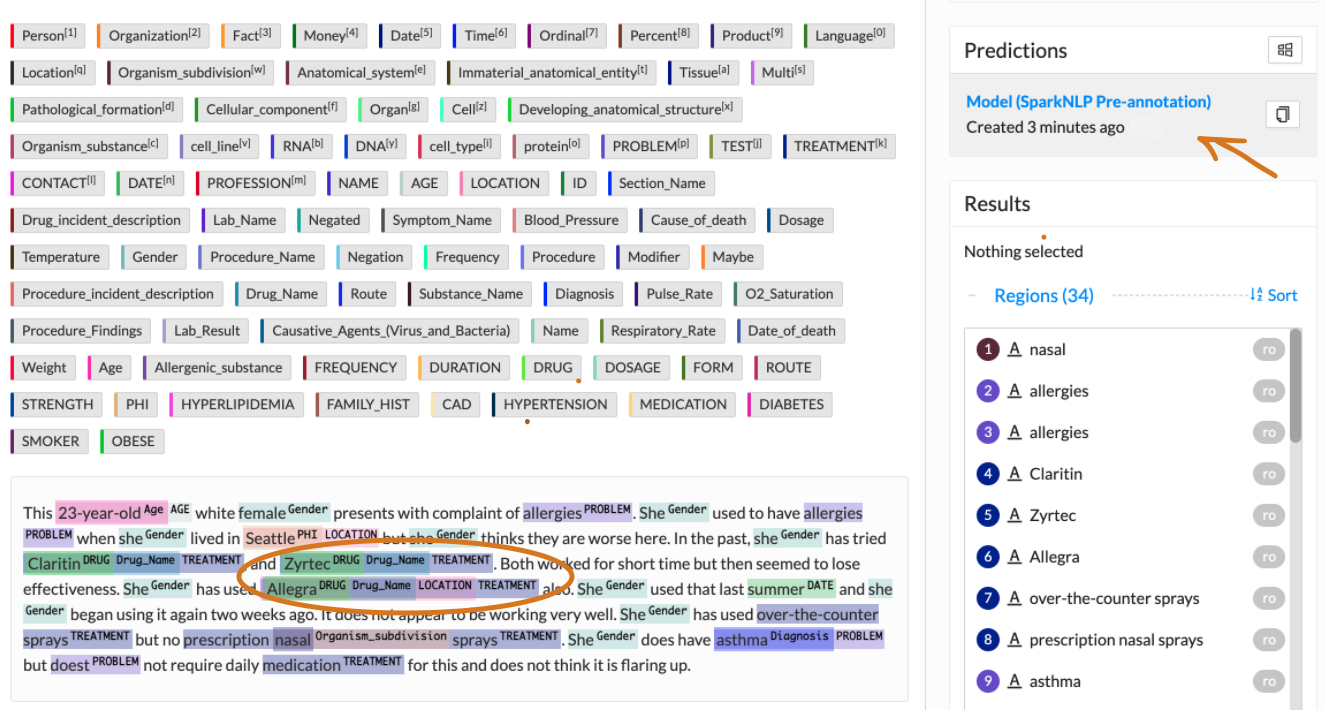 There is a new field for time to completion in the labeling screen. When a user submits or updates a completion, they will be able to see the time it took to prepare this completion. This will help managers forecast the time it would take to complete the project.

Users can now create copies of existing completions. This feature can be used by reviewers and annotators alike who can create their completions based on existing work by an annotator. The goal is to simplify iterating on the labeling process to increase inter-annotator agreement. 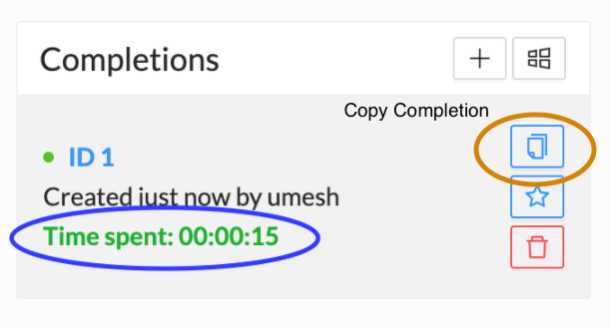 In the past, if a user was deleted, the associated projects would become orphaned and not show up in the UI. This is no longer the case. Now, when a user is deleted, there is a prompt to transfer ownership of existing projects to another user. This prevents projects from becoming orphaned.

Guided tour of annotation lab on the first login

On their first login, users will now see a prompt to take an Annotation Lab Tour. This tour will guide you through the multiple components of Annotation Lab, like creating & configuring projects, importing tasks, and creating completions. You can also request a tour anytime by clicking on the help button in the left panel of the UI.

Relocate the delete button to the setup page

Another UI feature that was requested by our customers was the relocation of the project delete button. Until now, one could delete a project using the settings button on the projects page. Deletion of a project is a critical action and needed to be moved to a safer place. As a result, we have relocated the delete button to the setup page. 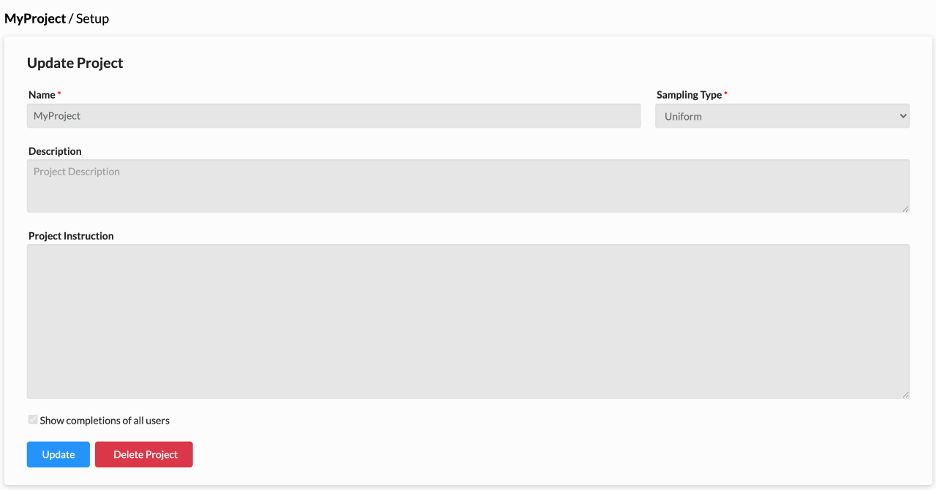 Users also have the option of deleting projects via a REST API call. The API’s contract is available on the Swagger page.

Lastly, it’s easy now to determine how to compare prediction scores from one model to another, and Unicode characters are now allowed in a name while adding a user.

We hope you will love this release as much as we loved creating it.